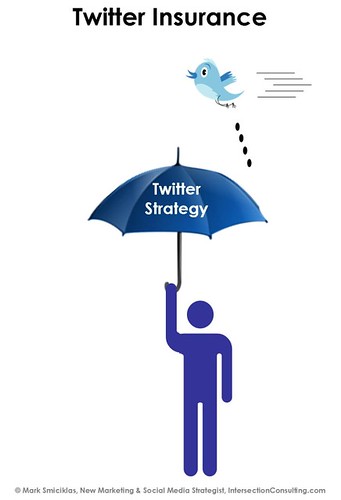 Have you ever watched your dad merrily body popping to So Solid Crew on the dance floor, pint of bitter in hand?

I have – and I can tell you it’s about as congruous as the phrases ‘rock’ and ‘social media’ in a headline about ‘financial services’ and ‘compliance’.

But it’s time we all got used to talking about Facebook, Twitter and the rest of the social web in conversations about savings, IFAs, loans, insurance, investment and the other facets of finance.

You see, the sector is beginning to wake up to the possibilities of the social web. I’m talking, of course, about using the Internet to engage with customers and prospects so that meaningful and durable relationships emerge; about bringing beautifully crafted products and services to previously unreachable niche consumer groups; about democratising brands so that customers have a say in how they grow and identify more closely with them as a result; and about delivering customer service that really serves customers.

Even better, the financial sector’s ‘internauts’ are doing this social business without disqualifying themselves from the FSA’s Christmas card list.

In the financial services sector, compliance was the elephant in the social media room as other sectors – even government – embraced these newfangled ways. Finance threatened to remain the last bastion of the UK’s pre-social media age.

Then, along came a few pioneers who finally made the sector sit up and pay attention.

So, in this – the first of a three-part series – I’d like to highlight some ingenious social media programmes that show how profitable online communications are possible even with the regulators watching and how, with a little ingenuity and a little common sense, you can avoid breaking the rules.

CASE STUDY ONE: Avoid the topic of finance entirely

First Direct, the online and telephone bank, launched a social network. ‘Little Black Book’ is a recommendations site for customers on anything from restaurants to mechanics or gift shops to days out. It doesn’t sell or recommend anything itself and the site isn’t about financial products and services.

When clients ask “should we launch a new social network?”, I usually say you shouldn’t seek to create communities when similar successful ones already exist.

Far better to ‘fish where the fish are’ and bring your brand and products to those online communities than to ask their participants to up sticks and come to your website. It was a bold step by First Direct because there are already many recommendations sites – Qype, Yelp, Amazon and TopTable, for example. And there are already networks for people interested in finance and banking products, like MoneySaveingsExpert.co.uk.

But Little Black Book has a chance because, by restricting participation to customers, it’s exploiting the affinity and trust they are likely to have in each other purely by dint of being clients of the same bank. It’s the ‘People Like Me’ factor.

First Direct will definitely have to work harder at it though. Participation has grown from 17,000 in the weeks after launch in 2008 to only 25,000 three years later – this won’t worry Mark Zuckerberg. But it is good to see a real commitment to promotion – the Observer Food Monthly Awards are sponsored by Little Black Book – and to development. First Direct is testing an iPhone app for the network to try and interest the 250,000 people a month who visit its website using mobile devices.

Whether or not it works, the principle is sound: give customers the tools to connect in a meaningful way, add value to their lives and they are more likely to evangelise your brand.

Nationwide Insurance built an app that walks people through the process of a claim right at the scene of car accident. The app tells you what steps to take including calling the police, recording the location of the incident using the phone’s GPS system and taking relevant photos using its camera.

Nationwide saves money (a) by receiving claims with more complete information and (b)  by automating parts of the claims process, removing the need for call centre staff.

Being social is about more than two way conversations – it’s about tapping into customers’ need to communicate with your brand wherever they are, at whatever time they want – and in meaningful ways that phone conversations and traditional media won’t allow. It doesn’t need to be about giving advice, selling or talking about promotions and products.

Very simple idea this (hat tip to Luke Hinchcliffe for spotting it). While there has been an ongoing debate about whether disclosure of risk information is necessary in social media (or even possible in a 140 character tweet), others were getting on with thinking creatively around the problem. It’s not very legible in this picture but there’s a long disclaimer inserted in perpetuity down the left hand side. Thus, Investec appears to navigate around any compliance issues. Of course, it doesn’t answer the problem that Investec’s disclaimer won’t be visible to people viewing its tweets on third party applications, like Tweetdeck. But it’s certainly a start.

Do you know of any examples of social media goodness in the financial services sector? Tell us about them below.

Michael Taggart is Head of Digital and Social at MRM and he also blogs at http://michael-taggart.com. Follow him on Twitter.